A.R.M.T is a stress relief Unique Method developed by Dr.B.S.Taneja M.D.Acu Gold Medalist almost thirty years ago to help his patients combat the stress in their daily life.
Our daily stress is the main cause of all disease. There are three types of stress:
The human body is designed to handle all types of overstress at a time, but in today's society, we often have many overstress affecting us at the same time for long periods without respite. This compromises our immune systems and knocks the balance of energy out of whack, leading to disease.
A.R.M.T is an acupuncture technique whereby several very thin needles are inserted into specific acupuncture points to accomplish three things:
This is a painless process which takes only half hour lying face up on a table. People are not required to disrobe. Most people report the benefits lasting from several days to several weeks. It is recommended that people have this done twice or thrice a month as require for best long-term effects.
N.B:- Proper assessment: Before anything can be done to help you with your health  issue, you need to be properly assessed to find the best course of action. This means taking the time to thoroughly examine you and asking you a series of questions to understand exactly the type of treatment that you need.                                                                                                               Before A.R.M.T every person will have to be assessed with ACUSENS SCANNING to find out individual body energy flow in the different organs. 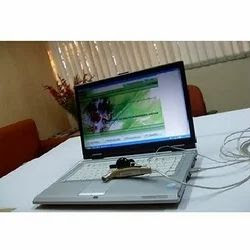 In Traditional Chinese Medicine (TCM), patterns of disharmony (i.e, bad health and emotional disorders) in the body are thought to be caused by disruptions of the body's energy flow along a series of acu-tracts. To correct those disruptions, specific points on the meridians called acupoints are stimulated via needles, burning incense cones (moxa), applying pressure or other means. The Standard Acupuncture Nomenclature published by the World Health Organization listed about 400 acupuncture points and 20 meridians connecting most of the points, however by the 2nd Century CE, 649 were recognised in China. Such 20 meridians are usually called the "12 standard meridians", with each meridian corresponding to each organ; nourishing it and extending to an extremity. There are also "8 extraordinary meridians", two of which have their own sets of points, and the remaining ones connecting points on other channels. The twelve standard meridians go along the arms and the legs. They are: Lung, Large Intestine, Stomach, Spleen, Heart, Small Intestine, Urinary Bladder, Kidney, Pericardium, Triple Warmer (aka Triple Heater), Gall Bladder, and Liver. These terms refer to biological functions and not the structural organ, which is why there are some on the list with no corresponding anatomical structure .

The bioelectric current, which is released by the meridian and the acupoint in the human body, can be read by the sensor connected to the computer and be statistically analyzed and correlated with the millions of clinical data records of the Data Center and the resulting report will be sent back to the computer. With the data being accumulated and revised continuously, the resulting report will be more and more precise and accurate.


The Doctors using this device find the accuracy levels up to 95%.This is well accepted by the patients since this is completely non invasive and saves lot of inconvenience and the costs.

This being working on Tele-Medicine principles, Doctors can get the test done from remote locations and get the report on their desk. 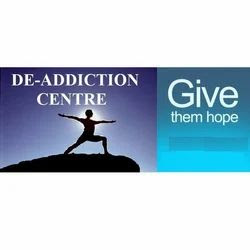 Addiction is a complex disorder characterized by a compulsive use of drug or alcohol. People who are addicted feel an uncontrollable and overwhelming need for alcohol or drugs. Addiction causes functional and structural changes in the brain. When such changes occur, it becomes more challenging for a person to stop alcohol or drug addiction. Treatment involves psychotherapy and dealing with other psychiatric and social problems which leads to sustained recovery and a life without drug abuse.
Treatment
The treatment includes organized inpatient or outpatient treatment programs, attending self help groups and counseling sessions. Therapies can help you overcome addiction.
Alternative therapy
There are a number of alternative therapies to help you recover from addiction.They include:

Under the able guidance of organization's director, Dr. B. S. Taneja. We seek to maintain high standards of professional excellence. We have a team of professionals and experts of behavioral science (psychologist & clinical psychologist) who work with a multidisciplinary approach in collaboration with other professionals- special educators, occupational therapists and speech therapists. We work with this multidisciplinary approach with our clients to enable them to experience positive changes in their lives. 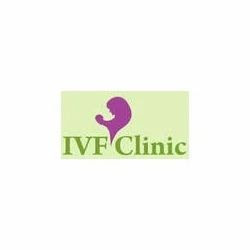 Acupuncture and IVF success research shows acupuncture can increase IVF success ratesMost impressive are recent studies showing that acupuncture can significantly increase the success rates of art. This is very important, as the success rates for art are not generally high. For example, national data indicates that ivf works 33% of the time for women age 30 and under, 29% of the time for women in their mid-30s, and 5-15% of the time for women age 40. On average, women go through three to seven cycles of art before they either conceive or stop trying. A women's response to art depends on the state of her endocrine health in the months preceding art, when follicles are developing in the ovary - this is why it is important to start your TCM treatments in advance of your western treatments. we work with a wide variety of fertility issues including premature ovarian ageing, poor ovarian reserve, poor egg quality, luteal phase defect, thin endothelial lining, endomorphisms, unexplained infertility, recurrent miscarriage, blood-clotting and immunological disorders. We treat male fertility issues as well (low sperm count, poor sperm motility and poor sperm morphology). Our overall success rate for pregnancy, including women with severe infertility, is about 45% 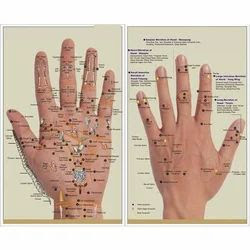 Su jok therapy is a brilliant discovery by a korean scientist called prof. Park, jae woo, who after many years of careful observation and clinical experience developed a new system of therapy using only the hands and feet to effect the same results as body acupuncture. He found a complete correspondence system representing the whole body, on the hands and the feet. In korean, su means "hand," and jok means "feet. " the advantage of this system is its simplicity, safety and efficiency.
in addition to serving their normal function as appendages of the four limbs, the hands and feet themselves represent a small mirror image of the human body as a whole. Hands and feet are endowed with a "remote control" function, which can be employed to cure diseases throughout the entire body.
su jok therapy is so effective that most often the use of needles isn’t required in order to bring the relief from pain.
the health problem is taken care of, by just simply applying pressure to corresponding points on the hands and feet.
the object of su jok therapy is to balance the imbalanced energy in the body, the tissue, the cells and the organs. 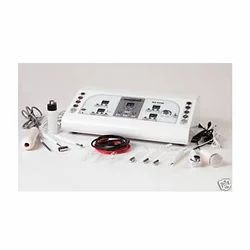 Ultrasound can be used to provide a deep tissue massage with several benefits. The ultrasound waves can increase the blood flow to the treated area, decreasing healing time. They also can reduce edema and swelling, which are common sources of pain, and soften scars. 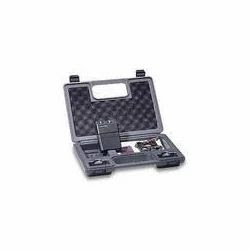 TensTherapy - Alternative Mesothelioma Treatments
Tens(Transcutaneous Electrical Nerve Stimulation) is a type of alternative therapy that focuses on energy. Using many of the same ideas as massage and acupuncture, Tens therapists place electrodes on the skin in certain locations - either on special points on the body or where the patient is experiencing pain. From a small battery pack, electrical shocks are sent through the body that relieve pain and help with other medical conditions.
Unlike some other forms of alternative medicine, Tens therapy has been proven to work for many patients. Tens therapy has the potential to help relieve pain in two main ways. First, electrical signals send messages to the brain to produce more endorphins. Endorphins are natural chemicals produced by the body that produce feelings of euphoria. Additionally, the electrical signals can send messages to the brain that block pain messages. 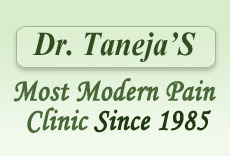